Depart Nairobi in the morning and drive to the floor of the Rift Valley – to Maasai Mara Game Reserve arriving Narok in time for lunch. Afternoon game drive. Dinner and overnight at the camp. 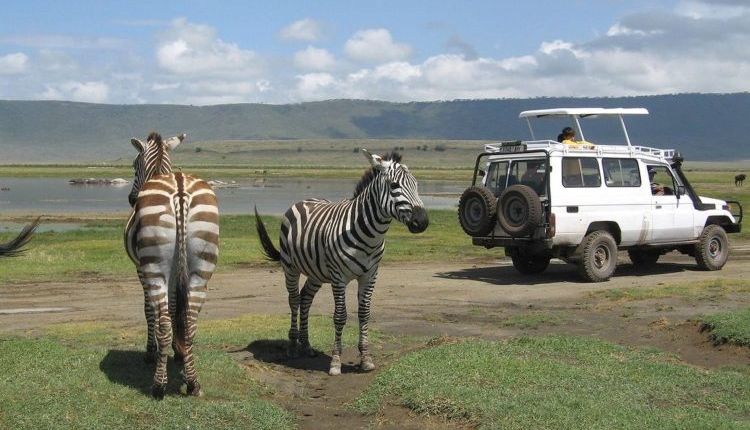 Spend the day in Maasai Mara, Kenya’s most popular game sanctuary where you will have the best opportunity of spotting the Big Five – lion, leopard, buffalo, rhino and elephant.
Game drives are flexible, with the option of going out with picnic lunch boxes to spend entire day in the the park, or you can choose to have early morning and late afternoon game drives.
You will also have the option of visiting a local Maasai village (US$20 per person).
All meals and overnight at the Camp.

Depart Maasai Mara after breakfast for Lake Nakuru National Park, arriving nakuru in time for lunch. Afternoon game drive. Besides the flamingos that the lake is famous for, there are approx 400 other species of birds visiting the lake. Also, many species of game can be found in the park including the introduced Rothschild’s giraffe, black and white rhino, waterbuck, reedbuck, lion, buffalo, leopard, baboon and many species of plains game.
Dinner and overnight at the camp.

Early morning game viewing drive searching for any wild game you might have missed previously, Breakfast at lodge and depart for Nairobi with game viewing enroute as you leave the park. Lunch in Nairobi (at the Carnivore Restaurant $40 per person) and proceed to Amboseli at the foot of the mighty snow-capped Mt. Kilimanjaro, Africa’s highest peak, Game viewing enroute to the camp .

Dinner and overnight at the camp.

Morning and afternoon game viewing inside the park. Amboseli is a photogenic Park and hosts great number of game including the lion, elephant and the splendid cheetah. Meals and overnight at the camp.

Morning game viewing drive in Amboseli. Breakfast and depart crossing the border for NgoroNgoro National Reserve via Arusha for Lunch, Afternoon proceed to NgoroNgoro, Game viewing enroute to the camp.

Depart in the morning after breakfast with picnic lunch descending 2000ft by 4WD vehicles to the crater floor for a full day crater tour. Search for the magnificent black-manned lion, elephant, buffalo, rhino and plenty of other wild game exist in great concentration. Lunch at the crater. Ascend back to the camp for dinner and overnight.

Breakfast at Ngorongoro camp and depart for the vast Serengeti plains National Reserve via Olduvai Gorge ,site of the famous archeologist Dr. Leakey where fossils of human and animal believed to be over 2 million years are seen. Lunch enroute arriving Serengeti in the afternoon. Afternoon game viewing inside the Park known to host great herds of plains game. Dinner and overnight at camp.

Morning and afternoon game inside the Park taking you to different parts of the park famous for the annual migration when millions of wildebeest (gnus) and zebra set off for maasai Mara in search of better grazing grounds and water, search for numerous plains game. Meals and overnight at the camp.

Early morning game viewing at the park. Return to camp for breakfast after which you will depart for Arusha arriving for lunch at Arusha Impala Hotel. Afternoon proceed and cross the border and onwards to arrive Nairobi early evening and transfer to the airport for your flight out.

-Accommodation on safari shall be in a budget tents in Kenya and campsites in Tanzania.

-All Camping equipment except sleeping bags in Tanzania

-Game drives as per itinerary

-All Government taxes and levies

-Additional accommodation before and at the end of the tour

-Tips on safari and at camps