The Great Wildebeest Migration is the greatest wildlife show, that most adventure  junkies don’t want to miss whenever they set foot in Africa. The migration comprises of millions of wildebeestts, followed by large herds of Zebras, gazelles, crossing from Tanzania’s Serengeti and Kenya’s Maasai Mara National Park. 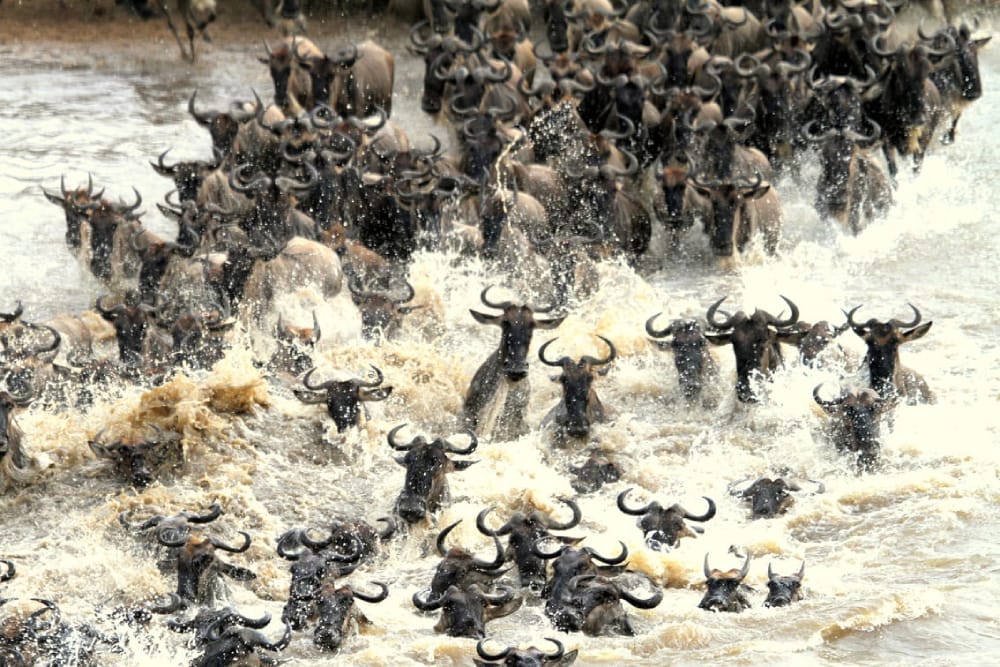 The Large herd crossing is then followed by hungry predators which makes the whole experience a memorable one, hence they are left with only one option, that is, survival for the fittest

During the Great Wildebeest Migration in Kenya, Millions of wildebeests are seen crossing through the Mara River into the Maasai mara National Reserve, before making their way back to Tanzania’s Serengeti National park

When Does the Great Wildebeest Migration Happen?

The Great Wildebeest Migration dates are unpredictable, although the months remain roughly the same all year round. The animals set out across the Serengeti plains in April, where they will come across many obstacles like predators waiting to strike, but below are a rough monthly schedule of the Great Migration

From December to March The Great Migration takes place in Serengeti and Ngorongoro Crater areas, because of the lush grasslands, thanks to the annual rains, which lure the animals and this period is also their calving season. At this time, you will encounter many new babies as well as  big cat sightings.

Between April and May, the herds move towards the Western corridor of the Serengeti plains which composes of the grassier plains. This season is quite tricky with due to several impassable roads due to the heavy rain pour.

In June, the rains begin to reduce, as the herd continues moving North of Tanzania to the Western Serengeti. It is when small groups join together to form larger groups, since it is the mating season.

July is when the These large heards have to make attempts to cross through Grumeti River, where they are met with hungry crocodiles, which are ready to attack them, which makes it hard for most of them to make it through.

In August, the Serengeti Plains begin turning yellow, which forces the herds to move further North to keny’s Lamai Wedge and the Mara Triangle, which altogether is another obstacle of crossing through the Mara River, also filled with crocodiles ready to attack.

September to November is the lukiest months for animals that made it through the Mara River  as they will flood the Mara plains, with predators lurking around.

November  to December is when the animals start to move back to Tanzania, to give birth to the next generation of migrators.

Bushtroop Tours and Safaris offers the best wildebeest migration  safaris as listed below; 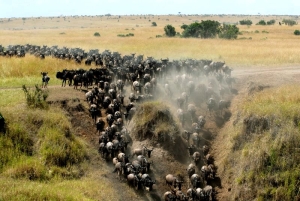 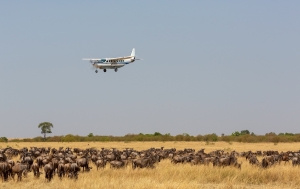 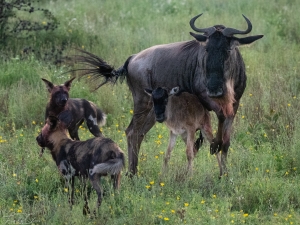 This 8 days Ndutu Calving Season Migration Tanzania Package is a must if you’d like to watch the migration from a different perspective. 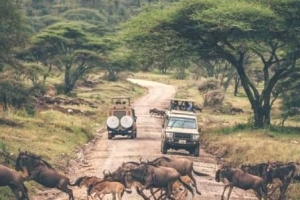 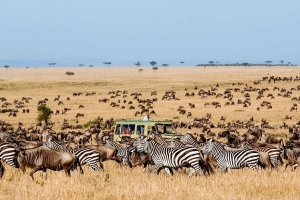 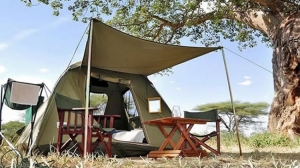